The Merchant of Venice as produced by Shakespeare’s Globe hits a bullseye with every artistic nuance, every original interpretation, every actor’s performance.  It remains true to its genre as a Shakespearean comedy and to the time period in which Shakespeare wrote the play while exploring modern connotations of the characters’ actions.  And, perhaps most rewarding, it allows Jonathon Pryce’s Shylock to be the loathsome antagonist while treating his predicament with sympathy. 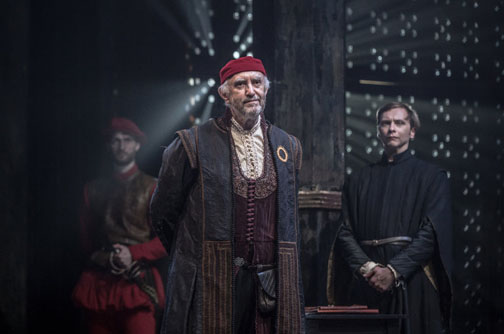